I just love the new trend from China “Dog Modding”. Here you can see a nice “Tiger Dog”.
Don’t you think? 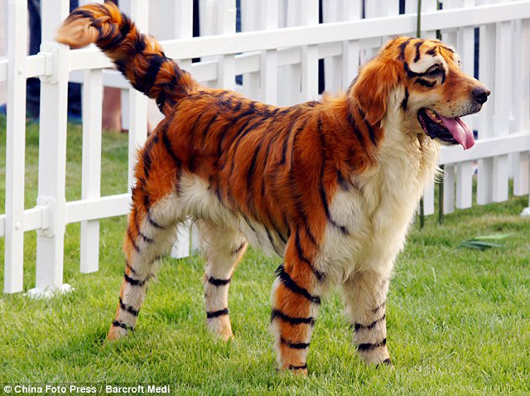 The newest thing amongst dog owners in China seems to have emerged from this understandable fantasy and could be described as something like dog-modding: the color-dying of dogs, to make them look like other animals. Like this retriever, that is painted like a tiger.

Fake or Reality?
Look at this nice Panda Dog. 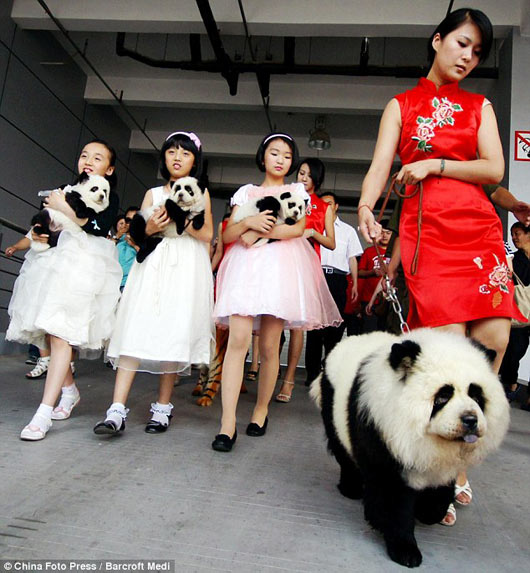 A more convincing example of dog-modding can be found in Wuhan, capital of the Hubei province, central China. A Chinese man modded his dog into a Panda – and did quite well so. As many will know, the Panda is a threatened animal, but also the national symbol of China. All living Panda’s in zoo’s all over the world are gifts from the Chinese government and are also considered state-property of the People’s Republic of China. The Panda es extremely popular in China – you could speak of a cult almost. But keeping a panda for yourself, of course, is strictly forbidden. So here the simulation comes in handy.