BLOCKCHAIN BANKING: The Future of Money and Finance

“Blockchain is not just a technology, it is a groundbreaking concept for decentralized money and finance. Monty Metzger has done something really important: showcasing the business impact of that concept, revealing just how revolutionary it is.”

In a book that’s one part prophecy and future research report, one part documentation and case studies, and one part survival manual, internet entrepreneur and thought leader Monty C. M. Metzger showcases the impact of Blockchain on finance and money, to discover seven leadership opportunities and straight forward rules for every digital leader. At the same time, he illuminates the new financial order of the internet of value: how it challenges and destroys the status quo but also opens up new areas of innovation. His findings are counterintuitive, imaginative, practical, and above all visionary, giving readers a glimpse of how everyone and everything – from corporations to governments, nations to individuals – must evolve in the blockchain era.

Blockchain Banking is an astonishing, mind-opening book that, in the end, is not about technology. It’s about you.

Praise by FORBES: “Monty Metzger, the CEO of LCX, a Lichtenstein crypto exchange, launched his book, Blockchain Banking. The book is a great primer for entrepreneurs and executives on blockchain, digital assets, Web3, and the internet of value underlined by his quote, “blockchain is to the money what email was to the letter.” Metzger’s jovial launch event was attended by blockchain and tech pundit Don Tapscott and Wikipedia founder Jimmy Wales, both advisors to LCX who spoke about the profound importance of this technology.”

Get the Book at Amazon (LINK) 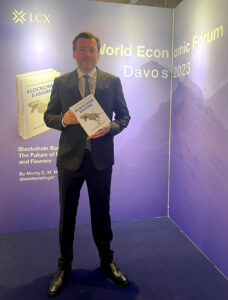 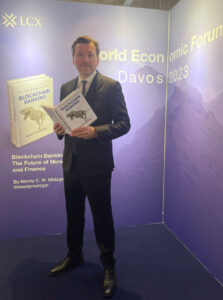 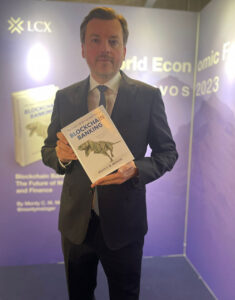 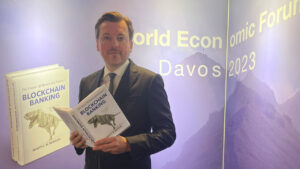 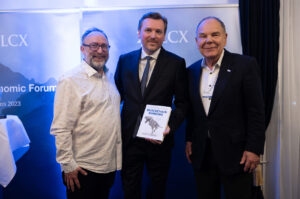 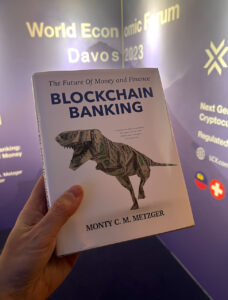 The world-premier of the book was held during the World Economic Forum Davos 2023.

Book-Trailer – Blockchain Banking: The Future of Money and Finance