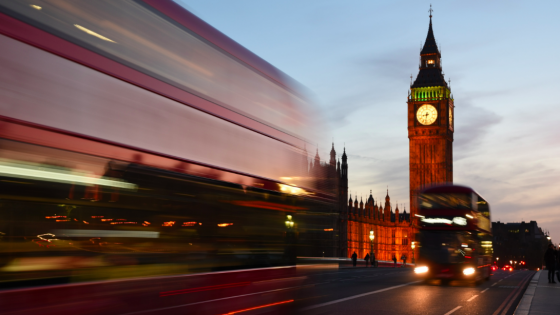 BREXIT: What are the key issues for Entrepreneurs, StartUps and Investors now?

What are the key challenges for British Entrepreneurs and StartUps now? What are the challenges for all founders who chose a British Ltd but are based somewhere else? Many German founders chose the English LTD legal entity as it was easy, cheap and quick.

This morning StartUps, Entrepreneurs and Investors are facing the question of what actions to take due to the EU Referendum. Britain is leaving and the EU is in trouble. Brexit already shows uncertainty and significant economic impact for the whole industry. Both in the UK and the EU this historic day may translate into a lack of access to capital for many small businesses as venture capitalists, angel investors and private equity fund managers choose to wait and see how the exit will unfold.

One of the stars in the Tech StartUp scene based in London, TransferWise, employs people from more than 40 different countries and does business all across Europe. Taavet Hinrikus, CEO at TransferWise, warned of a possible BREXIT and now has to take action.

Is this the end of a Single Digital Market in Europe?

While Scotland may most likely be joining the EU. Netherlands and Sweden might try to exit EU. Euroscepticism and EU-Scepticism might be rising in Europe impacting the Venture Investor scene as a first step and then ultimately have negative impacts on UK and EU StartUps.
But will the BREXIT strengthen Berlin as a StartUp Hub?

Don’t panic. Wait and see what happens to the pound, which may recover quicker than you think. If it doesn’t, then look at setting up a US subsidiary or Dubai/Singapore based subsidiary if you can, and look at getting revenues paid in USD into those companies if you can afford to keep those revenues off shore.

Talent will still come to London. If the UK moves to an Australian based points system, then it will be easier to get people from all over the world into London, the government will hopefully compensate for the loss of talent from the EU with a points/visa based system that means you can hire from US, Asia etc. However the problem with these systems is that you are reliant on government approval…

If you are a UK based company and want to keep hiring talent from within the EU without having to apply for Visas, then start thinking about having part/all of your tech overseas. Eastern Europe, particularly Croatia/Romania/Hungary, makes a ton of sense, because it will be easy to recruit from within the EU and those countries will want to stay in the EU for a very long time.

Really focus on revenues from overseas?—?particularly Asia and US. Revenues in USD that can be kept overseas will become important.

Smart UK based startups will be focusing more on getting substantial customers overseas, with revenues in USD, and also keeping most operations overseas.

Costs of tech talent in the UK will possibly increase, as the great lower cost talent from the EU potentially leaves, so having more business overseas will be important.

Impact on investment. It is too early to tell yet, but Asia/US based investors which recently have been putting money into the UK, may retreat. This may mean that startups will have less options for cash, and will increasingly have to rely on UK funds, which may have an impact on startup funding.

Sources: Frank Meehan – Co-Founder of SmartUp.io as well as Bloomberg