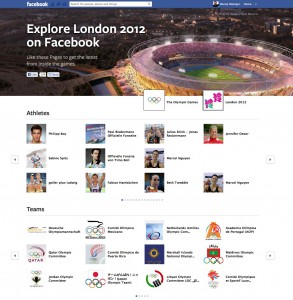 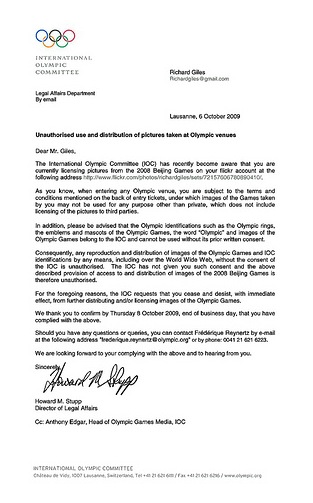 When I read this blog post about how the IOC is building up pressure on photopraphers who publish Olympic pictures on Flickr, I was really shocked. It makes clear that the IOC is controlled by regulations, rights and its right-owners rather than by passion, emotion and equality which they say is the “spirit” of the Olympic Games.

So what happened: the IOC’s Legal Affairs department has send out letters to photographers, like Richard Giles, for hosting images of the Olympics on his Flickrstream. The IOC feels that this is a violation of the terms and conditions. Read the full story at Thomas Hawks blog.

So the IOC has taken a hammer and has smashed its own “olympic spirit”. The Olympic games are about experiencing and sharing emotions, passion and achievements. Thus social media should be in the centre of the strategy of the Olympic Commitee. The Blog of the Olympic Games in London 2012 is a small step in the right direction, but sadly was not initiated by IOC, it was the idea of the London Organising Committee of the Olympic Games and Paralympic Games (LOCOG).

I think somebody should tell the IOC about the Streissand Effect and how they are currently messing with the social media community, bloggers, twitterers and of course photographers. Sueing is not the right way to “control” social media. They need to accept the changes social media brings to the overall media environment and learn how to cope with these challenges.

Why not listen to what is said in Blogs, on Twitter, facebook etc. and create a strategy to activate the “power of social media”. If they don’t do so, the Olympic Games could become a historical relict, because the Net Generation does not care (and watch) the games anymore.

China is getting ready for the Olympic Games

The last hours before the official start of the olympic games in Beijing 2008.

The chinese people are getting ready….

Blogging Guidelines for the Olympic Games 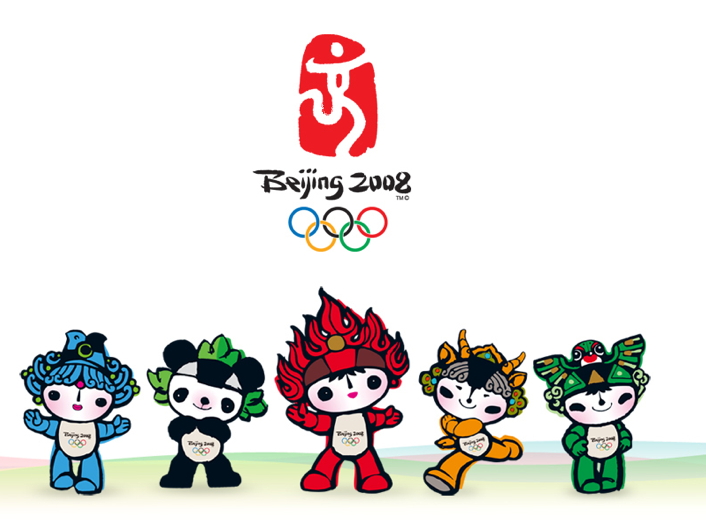 The IOC annouced the first “Blogging Guidelines” for the olympic games in Beijing. “The IOC considers blogging…as a legitimate form of personal expression and not a form of journalism,” the IOC said.

Here is the full news at ZDNet:
The International Olympic Committee on Friday gave the green light to allow blogging at the Olympics for the first time, issuing guidelines for this August’s Beijing Games.
Athletes have long demanded they be allowed to write their blogs–online journals of personal opinion or reflection–during the Games but the IOC was concerned these could potentially infringe on copyright agreements and private information.

In a series of guidelines, the IOC said blogging would be allowed during the Beijing 2008 Olympics as long as individuals writing the journals keep within the IOC format.
END_OF_DOCUMENT_TOKEN_TO_BE_REPLACED

Here is a Video I produced during my last trip to Beijing. I now found some time to cut the whole Video and put it online.

At the Urban Planning Museum of Beijing you can see some futurist buildings (which are still in construction) and get a great overview of the city.

Leaving Munich behind with 18 degrees spring weather and arriving in Milan – raining and with 6 degrees.
Mhm – Bad Timing.

I am here to meet potential new clients and cooperation Partners.

Friday i have been to DÃ¼sseldorf and we met Mr. P. Diddy at the intercontinental Hotel. We did not realize it (i am not good in recognizing celebrities) but then we saw the line of Groupies in Front of the Hotel and started to think about the Person.

Best view on the Olympic Green in Beijing

For the best view onto the Olympic Green you definetily have to book a room at the Morgan 7 Star Plaza in Beijing.
The building is just on the other side of the National Stadium and will be very high.

We visited the constructions site and produced a short video to give you an impression:

Here you can see a picture of the finished building: 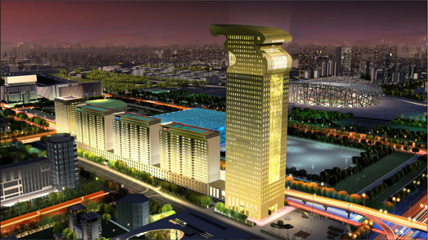 Beijing is getting ready for 2008

I visited the Olympic Green, especially the Olympic Stadium and the Swimming Center. There are still many constructions going on but the buildings are getting in shape for the Olympics.

Here is a short video-clip we produced in front of the stadiums.

I will travel to China this week to work on a couple of projects with our local chinese team. During that long stay in China I will take my fiancÃ©e and my little son Rocco with me.

We will work at the CScout Office in Beijing Central Business District and live at the Kempinski Hotel Beijing Lufthansa Center until 02nd of March 2007.
I am looking forward to see the Bird’s Nest – the Olympic Stadium for the Olympic Games in 2008 again. 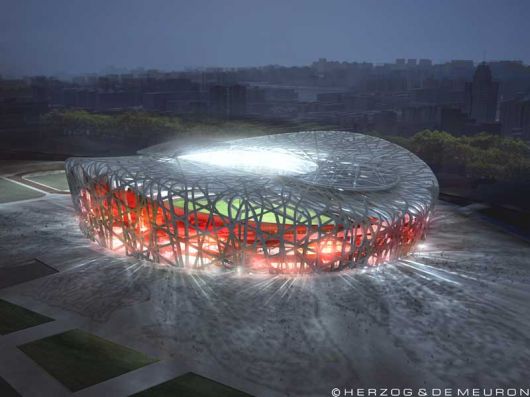 After almost three weeks of Beijing we will travel to Shanghai for further meetings and research.
In Shanghai we will visit the great Jin Mao Tower and the cool Hyatt Grand Hotel with its Lobby on the 54th floor and the bar at th 87th floor.

If you want to meet me in China – just send me an eMail. 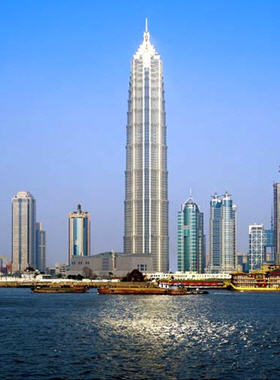 During a TrendTour at the End of 2006 we visited the Olympic Media Center in Beijing, China. Beijing is preparing for the Olympic Games in 2008 and our local Team is reporting about the newest developments to keep our customers on the pulse.

This is the Video with Interviews and Backgrounds about the preparations for the Olympic Games 2008 in Beijing.