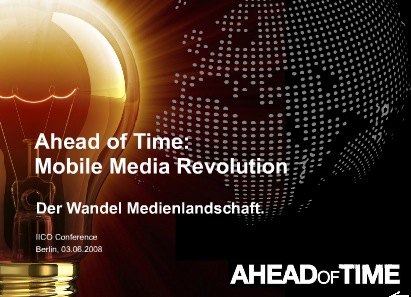 Today I hold a speech at the Internet Congress IICO (www.iico.de) in Berlin.

My topic was “Mobile Media Revolution – The change of the Media Landscape”.

I talked about the general shift in media behaviour, starting a digital conversation. See the article on Ahead of Time about Corporate Conversation.

The main part is about key trends in mobile media with cases from South-Korea, Japan and USA.

Here is my presentation:

Today I did an interesting Video-Interview with our TrendScout John Rajeski in Seoul, South Korea. We recorded it during the VDZ Asia Tour in February 2008.

He is taking about the major trends in mobile media in South Korea and gives a short overview.

Interview with our local Trend Scout from South Korea: Danny Kim. The Video was recorded in a big bookstore in Seoul. 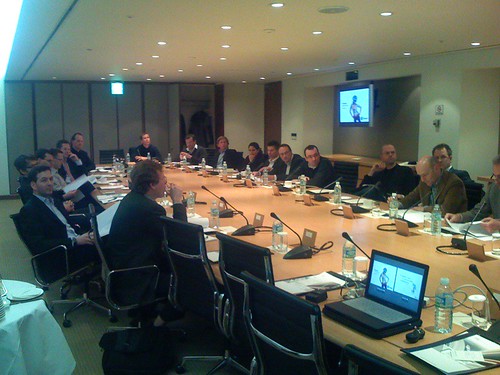