Category: Future of M2M and Internet of Things

Video “The Internet of Things” by IBM

Hans Vestberg about the future of connected devices 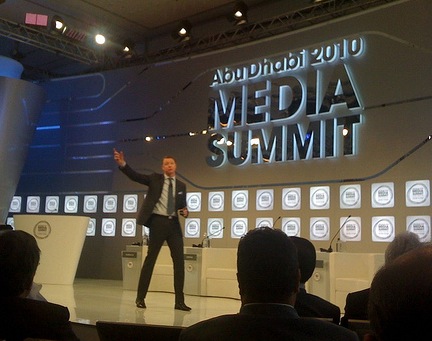 At the inaugural Abu Dhabi Media Summit 2010 I met Hans Vestberg, President and CEO or Ericsson. He gave a speech about the future of mobile media and communication and gave an outlook of key trends.

The biggest opportunity field for Ericsson is the business of “connected devices” or how we would call it “the internet of things”. “We think that the networks are now developing. Our vision for 2020 is that there will be over 50 billion networked devices”, says Hans Vestberg during my interview with him.

The Healthcare, Energy, Logistics and Media Industry will be using connected devices soon. Chipsets are getting more and more affordable to be implemented in any device. Mobile phones won’t be the only devices with a sim card anymore.

Mr. Vestberg had been Chief Financial Officer from October 25, 2007, until the end of 2009. He was named Executive Vice President in 2005 while serving as head of Business Unit Global Services, an office he held since 2003.

Hans Vestberg was born in Hudiksvall, Sweden. He earned a Bachelor of Business Administration degree from the University of Uppsala, Sweden, in 1991.