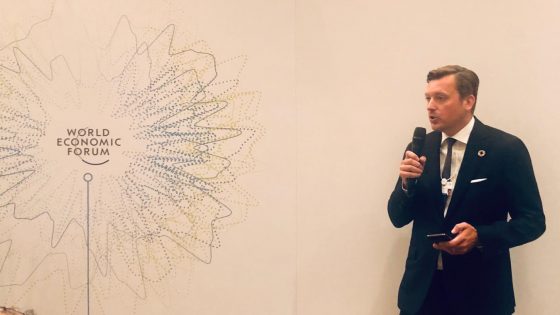 I had the honor to speak at the World Economic Forum‘s India Economic Summit 2019 #IES19 last week. The session was called ‚DECRYPTING CRYPTO‘ and the audience was a mixture of policy makers, government representatives, journalists, corporate leaders as well as finance experts. In collaboration with Nitin Sharma and Punit Shukla we were reflecting the most burning questions of the fast moving #Blockchain industry while outlining the key opportunities and risks.

My key thesis of my keynote was ‚Blockchain is to the money, what Email was to the letter‘.
– How will cryptography and blockchain technology secure digital asset? Establishing the Internet of Value.

– How will the Token Economy empower global trade? What impact will Stablecoins, Central Bank Digital Currencies CBDCs, Facebook’s Libra have on the economy, society and business?

It’s not about if this will happen.
It’s about who will lead in this digital future.

Today, I was speaking at Crans Montana Forum 2018 about the next growth wave of the crypto industry and its impact on financial services, money and banking.

We’re taking a more balanced view towards crypto assets than others. We certainly see the risk: money laundry, terrorist financing, evasion of sanctions. But we also see the enormous potential to make the financial system globally more efficient and inclusive.

When I bought my first bitcoins back in 2013, I did not fully understand the impact cryptocurrencies and blockchain will have. But since then I kept learning and exploring – discovering the key opportunities this new fundamental technology will bring to our world. I sat down with Don Tapscott, Adam Draper, Eyal Hertzog, Nic Cary and other leaders in the blockchain- and crypto-industry to fully understand investment opportunities, business models and market drivers.

Since August last year I had been developing this new and exciting company, which we incorporated earlier this year. My co-founder has started two crypto-exchanges in Asia and we are building our platform on the basis of this proven technology. We chose Liechtenstein as our home, as this country is defining the legal framework and empowering the global blockchain industry to a new degree. And we integrated a Liechtenstein Bank as a strategic founding shareholder and partner.

LCX is establishing a regulatory compliant exchange platform upon which security tokens and other crypto assets can be traded in a manner that complies with legal and regulatory requirements.

After months in stealthmode, we have made the first public announcement at a large Blockchain Conference at the Santa Clara Convention Center in the heart of Silicon Valley, USA. Here are my slides…. 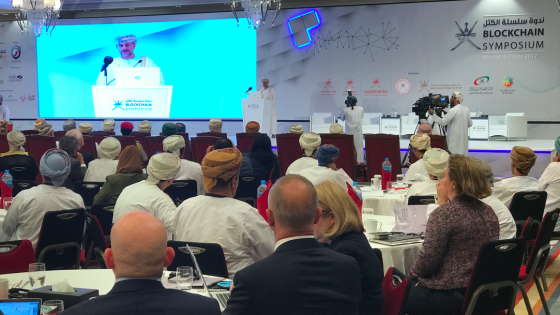 What’s the impact and opportunity of Blockchain Technology, Cryptocurrencies and Bitcoin for a country?

I was invited as a keynote speaker at the Oman Blockchain Symposium in Muscat. Here are a few take aways and thoughts from this government initiative.

We’ve all seen that #Cryptocurrencies have the ability to create alternative value transfer mechanisms – empower the Internet of Value. On top of that #blockchain technology itself can create new services and reduce the need for traditional, centralised, high-power processing platforms – empower efficiency gains, new -#eGovernment applications, #eVoting and #DigitalIdenty.

For a country and local government there are questions about pragmatic project opportunities such as:

– Where does Blockchain technology – open as well as private blockhains – helps a government to increase value and services for their citizen?
– What are the benefits to create a Crypto-Currency for the country? Is there a need to act now as Singapore, Russia, UK and Dubai have announced their local crypto assets?
– What are the needs for a thriving ecosystem and infrastructure? Does each country need its own #mining infrastructure, server environment and even a local crypto-currency exchange? Will a country enable, support or ban to transfer local currency #fiatmoney intro #cryptocurrencies?

So how will Blockchain benefit on a country level?

As of today we can say that there is no perfect solution or benchmark yet although there are lots of activities and projects. It’s uncharted territory although there are some pioneers. And it‘s a field for exploration, trial and error and startup thinking although it’s all about traditional value and industries.

– On December 4, 2017, the Moscow Government has announced to use Blockchain Technology for their next election. This eVoting system has been released as an Open-Sources Blockchain Voting Tool. In an official statement the Government said: “The introduction of this technology will make the voting in the [Active Citizen initiative] even more open: it will be difficult to say that the administration incorrectly interprets the answers, changes the results of the voting when the citizens themselves can verify this information.”

– On December 3, 2017, the Venezuelan President announced the launch of a asset-backed cryptocurrency called the Petro.

– In October 2017 Dubai (UAE) has announced to introduce the their own digital cryptocurrency called EmCash.

– October 15, 2017, Russia announced to introduce the CryptoRubble, as a country wide regulated and controlled blockchain based cryptocurrency.

– In February 2017, China has announced that they are working on its own national cryptocurrency. Already in 2014 the People’s Bank of China had been working internally on concepts of a nationwide cryptocurrency for China.

– … but there are many more examples.

What is blockchain technology and why is it revolutionizing the world?

Since almost two decades Monty is frequently traveling the major tech hubs like Silicon Valley, Switzerland’s CryptoValley, Tel Aviv, Tokyo, Singapore or Beijing – to explore the underlying layer of growth and success. The keynote by Monty C. M. Metzger aims to give first-hand insights and strategies to lead the revolution.

What is blockchain technology and why is it revolutionizing the world?

“Blockchain is to the money, what email was to the letter” claims Monty Metzger. He explains why blockchain technology will have a tremendous impact on many industries, such as the financial industry, retail, commerce real-estate, cities, governments or energy. What role are decentralization and cryptocurrencies play? Why are token generation events (TGE) and initial coin offerings (ICOs) outperforming venture investments? What’s the impact of tokenized digital economies? How are leading corporations and countries using blockchain technologies already? Learn from the latest case-studies and insights from Monty’s learning journeys and exploration tours.

Please contact Angelique for booking requests.
Monty has been invited as opening keynote speaker on blockchain technologies and cryptocurrencies to large blockchain conferences and private leadership events. In the past month he was speaking at RussiaCalling in Moscow and the Oman Blockchain Symposium in Muscat. 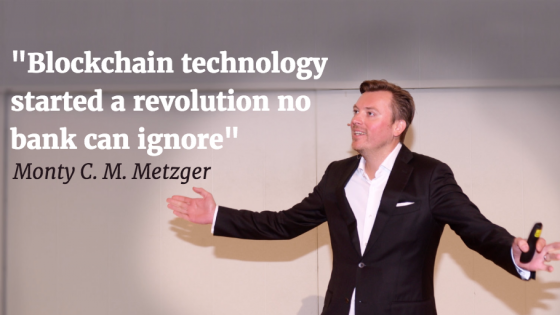 No other industry is facing the wave of digital disruption more than financial industry. While strict regulations and legacy systems limit banks’ agility, the new waves of financial technologies keep threatening status quo by reinventing the way banking services are created and delivered.

Last week Monty was invited by the CEO of one the largest Russian banks to speak at their annual conference. The event took place in Moscow Russia. As a futurist keynote speaker they asked him to talk about the impact of blockchain, bitcoin and other cryptocurrencies on the banking and financial industry.

Technological Disrupting in Banking: Navigating the Future of Digital from Monty Metzger

Monty is a global speaker and invited to several conferences, board leadership workshops and events each month. His keynotes speeches and impulse talks provoke, excite and inspire. He has traveled to 44 countries to visit the most relevant innovation hubs globally and to discover the trends of tomorrow already today.
If you are planning an event please do not hesitate to contact Angelique at angelique (dot) weingarten (at) monty (dot) de