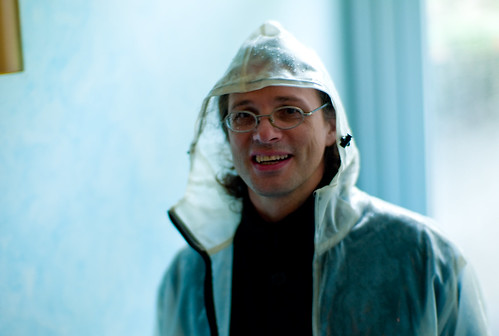 Our Event “The Future Tour” at Ars Electronica in Linz was a great success.

Gerfied Stocker (see picture) spoke about the beginning of the Ars Electronica and how he started the festival many years ago.

Joi Ito spoke about the “creative class” and his engagement within the creative commons movement. Joi Ito wrote a review on his blog, too.

Flo Ledermann, Co-founder, maptales.com showed how you profit from their new system and how to integrate your own story on maptales. just a great application.

Kevin Leong from MoBlast gave a sneak peak to his new internet platform.

Summer Watson, a British soprano opera singer, announced that she is going to ski the last degree (from 89 to 90) of the North Pole and sing an Aria at the North pole as a call to action on environmental issues.

CScout presented 14 key trends for 2008+ related to the Ars Electronica.
Kevin summarized our trends on his blog: http://www.company.moblast.com/?p=11