Reimagining the Automobile Industry by Selling the Electricity.
Software industry hotshot Shai Agassi has a well-funded plan to shake up the auto industry with a new approach to the electric car.

Via Business Week and AlarmClock.

Shai Agassi startled everyone at SAP when he left the company. Only 39 years old, Agassi was expected to some day take over the helm at SAP. At his departure from SAP Agassi indicated that he would be focusing on alternative energy in Israel.

The new system will sell electric fuel on a subscription basis and will subsidize vehicle costs through leases and credits.
“We’re basically saying this is just like the cellular phone model,” he said. “If you think of Tesla as the iPhone, we’re AT&T.” 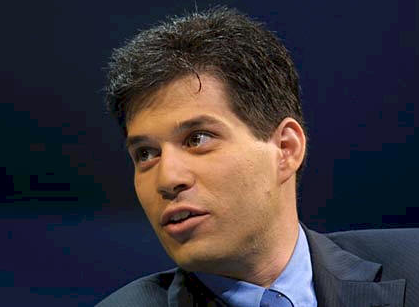 Now news is breaking that Agassi has raised $200M for his startup called Better Place. The startup has raised $100M from Israel Corp. as well as funding from VantagePoint Venture Partners, a large New York investment bank that wasn’t immediately identified, and angel investors including Edgar Bronfman Sr.

Agassi plans are to shake up the business model for electric vehicles. It will sell or lease electric cars to consumers in packages with monthly service fees (Agassi uses the cell phone plan as an analogy). Better Place will also operate networks of charging locations and service stations. One of the problems with electric vehicles is that you can’t make it too far from your home base before you run out of juice. Better Place stations will just replace your battery so you can get on your way. Agassi plans to pilot the project in a few countries next year and begin mass deployments in 2010.