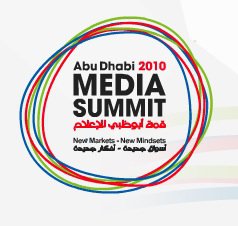 The Summit is being held under the Patronage of H.H. General Sheikh Mohammed Bin Zayed Al Nahyan Crown Prince of Abu Dhabi and Deputy Supreme Commander of the United Arab Emirates Armed Forces. The Summit will provide an unprecedented gathering of the people and companies driving the transition to a networked new world, with special emphasis on fast-growing markets in the Middle East, South East Asia, China and Africa. With a focus on opportunities and investment, the Summit is structured to encourage both private discourse and public conversation at the highest levels.

News Corp chairman Rupert Murdoch, AOL CEO Tim Armstrong, Publicis boss Maurice Levy, and Google CEO Eric Schmidt are some of the luminaries who will be heading off to Abu Dhabi next month for a three-day international media summit.

I am proud delegate and attendee of the Abu Dhabi Media Summit 2010 and will report @montymetzger and on my blog about the exclusive event.